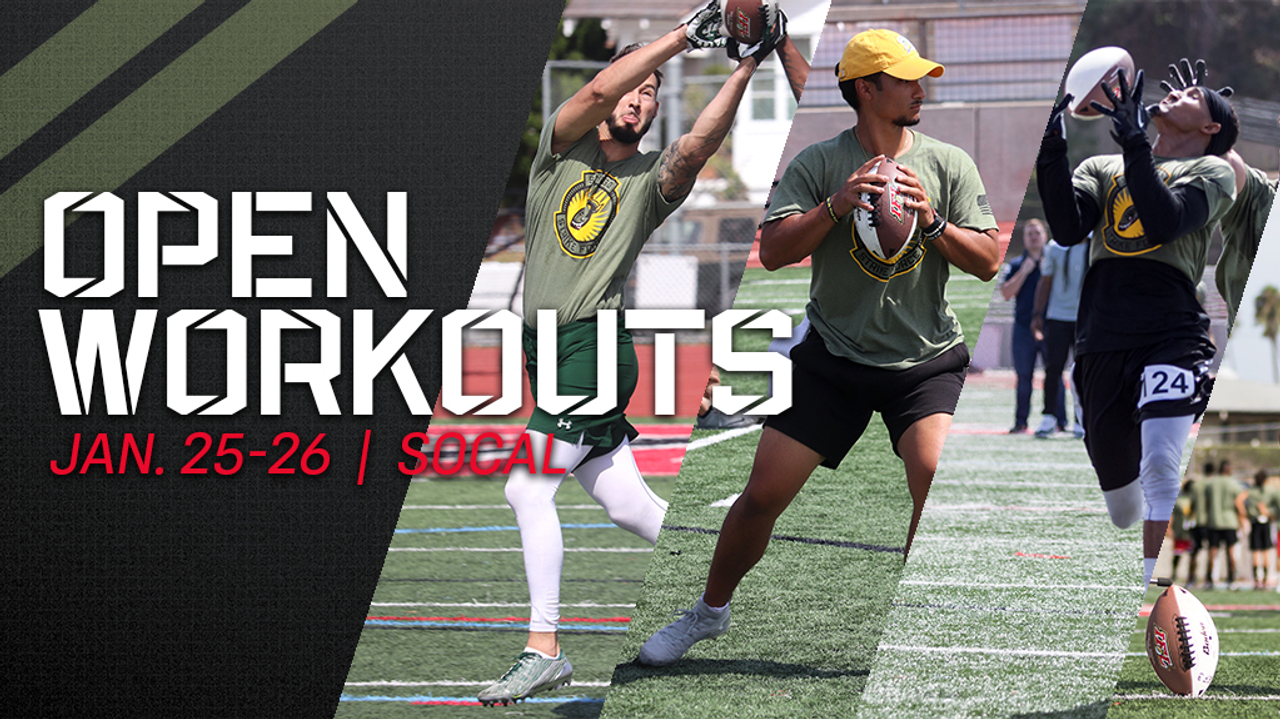 The Strike Force announced their final open workouts in prep for the 2020 IFL season in Southern California for the weekend of January 25 & 26.

“We’ve hosted a great series of workouts since last spring with six contracts going out to participants in prep for the 2020 IFL season,” said Strike Force General Manager. “We have a final few roster spots to fill for camp and are also always looking to build our database with local talent for future opportunities.”

San Diego Strike Force defensive end Ralph Harvey (Houston) is amongst the currently rostered players who received a contract offer following an open workout invite. After attending an in-season event in the spring of 2019, Ralph joined the Strike Force for the team’s final six games and finished second on the team with 40 (23 solos) total tackles.

For the team’s final workouts in prep for the 2020 season, the first event will take place on Saturday, January 25 at the Vista-Hermosa Sports Park (Field #1) located at 987 East Avenue Vista Hermosa, San Clemente, CA 92673. Registration will begin at 12:00 p.m. with the workout beginning at 1:00 p.m., lasting approximately two hours.

Pre-registration is encouraged so Strike Force staff may keep player prospects updated to any changes or updates prior to the event. To RSVP, complete the form to the right of this story (on desktop) or below (on mobile).

Full registration will occur on-site the day of the event including player bios and waiver forms along with a registration fee of $40 (cash only).  Participants will receive a t-shirt as a part of their registration fees.

The workout will be formatted in a pro-style combine fashion with speed and agility testing as well as fieldwork.  Participants will be led through a brief warm-up and stretch by Strike Force coaching staff.  They will then be tested in the 40-yard dash, short shuttle, and broad jump.  Once the testing portion has concluded, participants will be broken up into position categories and led through individual position drills.  After position drills, skill position players will also go through a passing session including 1-on-1’s.

Participants are encouraged to bring outdoor football cleats (rubber or plastic cleats only, metal will not be permitted). They should also bring any other gear (braces, gloves, etc.) they may need to perform.  Participants must be at least 18 years of age.

Questions should be directed to the Strike Force info email box at info@sdstrikeforce.com.